Exotic is an organization of individuals driven and committed to being the best complex sheet metal aerospace company that we can be.
We engineer, manufacture, and provide aftermarket support on vital systems and components for virtually every commercial airliner and military aircraft in active service today. We have sophistication to provide innovative solutions and the flexibility to provide rapid response to our customers' needs.
Our word is our bond and we conduct our business with respect, integrity and loyalty to our customers and employees.
Since our founding in 1966, Exotic has cultivated a culture of entrepreneurship where employees are inspired to be the best that they can be and are rewarded with a share in the company's success. The entire organization is motivated to do whatever it takes to achieve our customers' goals.

How it all started

The infancy of the business was born in our founder's garage.

Don, our founder, had overheard a conversation in the lobby of a leading aerospace manufacturer regarding the failure of titanium sheet metal flanges on the 727 aircraft. Don, the consummate salesman, recognized this as an opportunity to utilize a manufacturing process that would revolutionize the forming of sheet metal parts. The process was axial-load bulge forming, a forming process whereby material thinning is minimized, while part configuration and properties are maximized.

This was the beginning of Don’s leadership in the sheet metal business specifically targeted to the aerospace industry. The business’s original press was built in our founder’s home garage and now resides in the company’s lobby at the main facility in Kent, WA.

As a start-up business, Exotic borrowed $800 to get underway and ordered its first shipment of titanium sheets from Timet, leaving $1.12 in its bank account. The titanium was used by Exotic to manufacture these new flanges and prove the potential of the technology. Not only were our founders able to sell the potential of the company to customers, but also to its suppliers and bankers.

The first order Exotic received was for bellows for a local Seattle aerospace manufacturer's wind tunnel.  Exotic needed more space to accommodate its first order for Farr Cannisters, its first non-flange bulge form job, the business moved to a larger shop (1800 square feet) at 2110 Ruffner Street in the Magnolia area of Seattle, which had been an old telephone company garage. A neighbor who worked at Boeing’s tool and die shop was hired part-time and he became Exotic Metals’ official first employee.

The first titanium flange order was received and shipped to a local leading aerospace manufacturing organization.

In 1968, the company moved to 410 South 96th Street in South Seattle, a 4,000 square foot facility. On February 29, we hired a tool and die maker from Germany, who became our first full-time employee. During this year, we also established our first outside Board of Directors.

Although business was booming during this time, it was just the beginning of a roller-coaster period that almost shuttered Exotic's doors. The economy in Seattle was hit hard when a global leading aerospace company and its supply base drastically cut orders—­sometimes in half, and sometimes in their entirety. As a result, Exotic’s employee count fluctuated wildly, from 25 to 50 employees, and sometimes to as few as three. Our founders were determined to keep Exotic going regardless of these major setbacks.

Around this same time, the company also received its initial orders for Teledyne Harpoon parts. But in 1972, all but a few employees were laid off and throughout Seattle, signs appeared that read “Will the Last One to Leave Seattle Please Turn Off the Lights.” In every neighborhood there were houses for sale … times were at their worst.

By purchasing our first laser machining center, we added laser drilling and cutting to our roster of capabilities.

In 1982, we purchased our first vacuum furnace and a 750-ton forming press to add forming capacity. The furnace was a major advancement as it eliminated costly subcontracting and manufacturing time; parts no longer needed to be hauled somewhere for heat treat, and grit blasting was often no longer required to de-scale parts. In addition, the vacuum furnace provided the ability to braze complex assemblies, such as the B-2 Exhaust Duct Liner.

Heat Shields for the A1 Abrams Tank Program AGT 1500 engines were being produced at a rate of 100 parts per month for Avco Lycoming. TCC Tubes for Pratt & Whitney were also a big seller because our manufacturing methods enabled us to produce a superior part at a lower cost than the competition.

In this same year, we built the 1000-Ton press and purchased our first NC Machining Center. We also invested in 8.91 acres of vacant land in Kent, WA.

Sticking to their guns, Exotic persevered and business eventually increased. In 1976, Exotic purchased the 1303 building on South 96th Street, which was just down the street from 410. It was a 35,000 square-foot facility, which essentially doubled the amount of floor space.

Our first 30,000 square foot addition to the Kent facility was built. The building was constructed around the press after it was assembled.

We received our first order from a local leading aerospace manufacturer for Environmental Control System (ECS) Ducting for the 757 aircraft.

Exotic signed its first long-term agreement (LTA) with a Seattle-based global leader in airplane manufacturing for the 757 ECS Ducts. This customer started to temporarily offload ducting packages to Exotic while undergoing a revamping of its Auburn Duct Shop. We were given the more challenging parts first, and we also received orders for spray bars and vacuum waste ducts which became a product line of its own.

Exotic was awarded our first Plug and Nozzle exhaust system assembly—the Plug and Nozzle for the 777 aircraft with the Rolls Royce Trent 800 engine option. This assembly entailed producing the parts from a new titanium alloy.

Another huge milestone for our company was our developing a process to manufacture our own titanium tubing.  We continue to manufacture these parts today using the manufacturing methodologies developed in the early 1990's.

Exotic acquired a portion of Parker Metal Bellows (PMB) in Moor Park, California, and expanded our capabilities to include Super Plastic Forming. We also transitioned key personnel from PMB to our company. This acquisition allowed us to expand our ability to design and manufacture Engine Anti-Icing Ducts, form bellows, and superplastic form titanium parts.

Exotic was honored to be named the year's top supplier by a local Seattle-based global aerospace manufacturing leader.

Our facility was expanded again by another 70,000 square feet.

We were awarded our first EBU contract including a role as a systems integrator.

The acquisition of a Real-Time X-Ray Machine put Exotic at the cutting-edge of sheet metal manufacturing. We helped establish industry standards by being one of the first aerospace fabricators to utilize this new tool to improve x-ray reliability and reduce production costs.

Exotic was honored as a Supplier of the Year by a global leader in aircraft manufacturing.

Exotic was honored again as Supplier of the Year by a global leader in aircraft manufacturing.

On September 27, 2001 our company’s founder passes away from inoperable brain cancer.

Exotic was awarded the Supplier of the Year, becoming the first ever 3-time consecutive winner of this prestigious honor.

The 6020 building was purchased, further expanding our production capabilities.

We produced the first A380 Bleed Air System Ducts for Airbus.

Our first 30-year employee was celebrated.

Exotic was awarded the 2006 Airbus Aerostructures Supplier of the Year

While a local Seattle-based aircraft manufacturer was on strike and not accepting shipments from its suppliers, Exotic employees continue working, making parts, and sprucing up the facilities.

A new building named 6102 was purchased and refurbished in Kent, WA.

Awarded Supplier of the Year for a record 5th time from a local, global leader in aircraft manufacturing.

Exotic is chosen to supply numerous parts and systems for the new 737MAX aircraft.

Exotic acquired property at Airway Heights, near Spokane, WA, for a new facility.

At our Kent location, we made a major acquisition of cutting edge manufacturing technology to support upcoming programs.

Another major milestone was met when the Airway Heights, WA, facility was opened in March of 2015.  Our new facility will give us extra capacity to support upcoming aircraft rate increases and flexibility to lean out our value streams.

We delivered our initial 737MAX parts and systems, plus delivered our first A320neo parts to UTAS. Exotic was awarded additional 777X system work.

Exotic is honored to receive the UTC Supplier Gold Award for the 11th straight year.

Exotic celebrated our first 40-year employee anniversary with a visit from the Husky Marching Band.

For the past 50 years, Exotic has believed in a responsibility to give back to our communities.  Our employees, with support from the company, play an active role in supporting local events, charities, and community outreach programs by offering both our time as volunteers and financial resources for those in need.

Some examples of where our employees dedicate their time with company support include:

At a corporate level Exotic is a strong supporter of Junior Achievement of Washington, aviation organizations such as the Museum of Flight, and organizations focusing on childhood education and STEM centered curriculum. 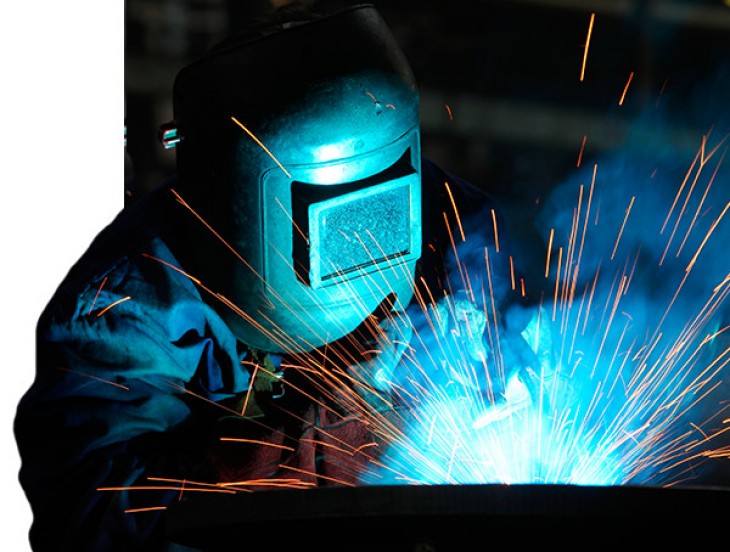 Exotic is committed to being the best solution for our customers and we are pleased to be recognized by many of them for our outstanding commitment to quality, on-time-delivery and solutions-oriented partnerships.  Below is a sample of some of our successes over the years. 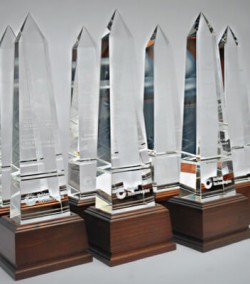 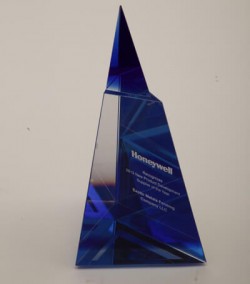 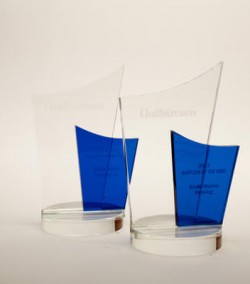 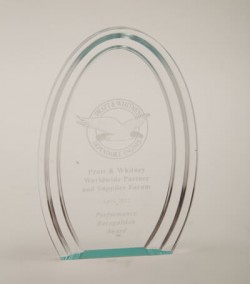 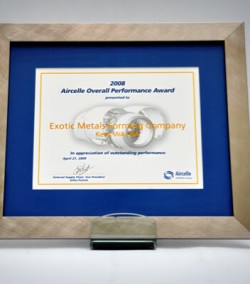 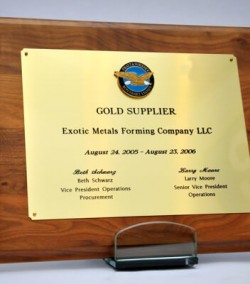 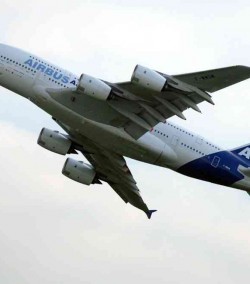 Airbus Supplier of the Year in 2006 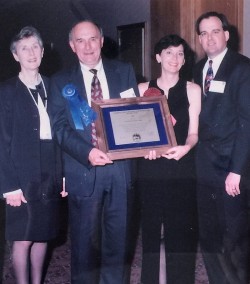 United States Small Business Administration Subcontractor of the Year in 1995

JOIN US IN OUR JOURNEY. MAKE A DIFFERENCE! 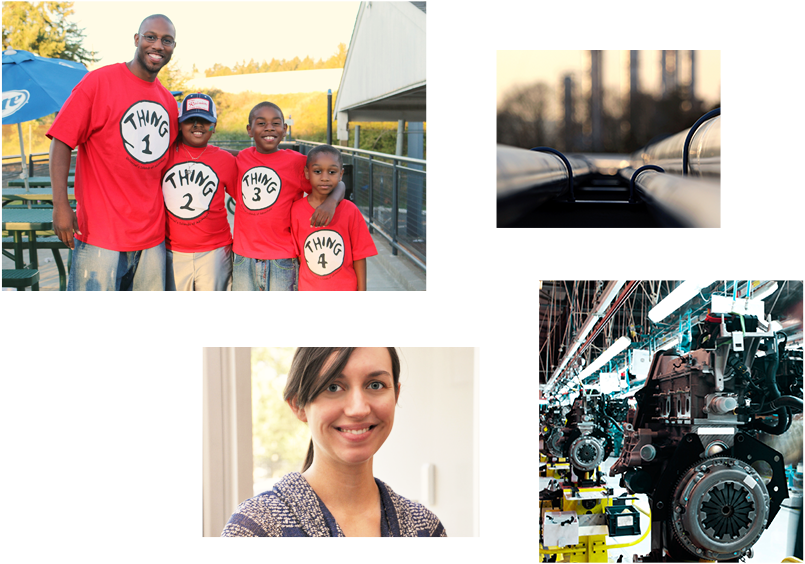